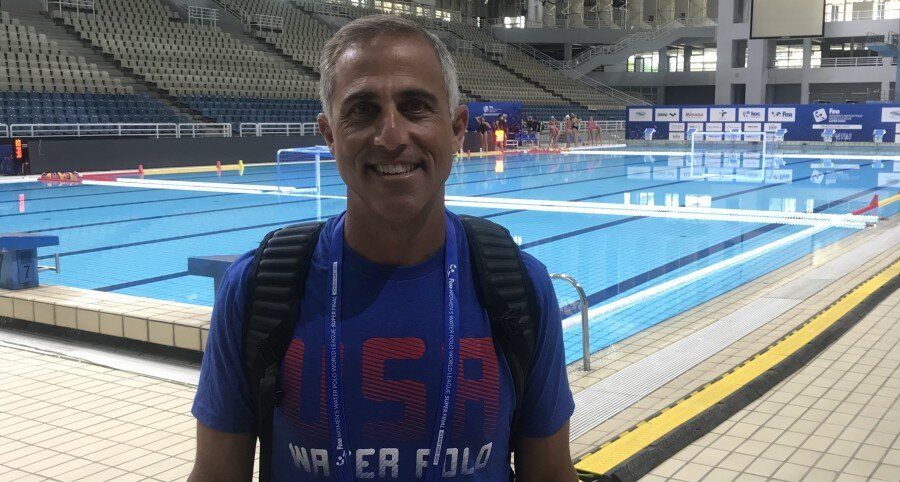 An example to follow is the United States women's water polo team. USA is the absolute leader in the sport for the last 15 years. Since 2009 Adam Krikorian's team has lost only three titles in top competitions in the world. He lost only the World Cup, in 2011 by Greece and in 2013 by Spain and the World League in 2013 by China.

The pioneer in this unique course is Adam Krikorian, who spoke to the Media representatives of the Super final that starts on Monday (June 14) at the Olympic Sports Complex facilities in Athens, with the participation of eight top teams in the world.

Adam Krikorian tried to explain why the US team has been at the top for so long: "Many factors point to a team staying at the top for so many years. It is a combination of many data. There is no single reason for such a successful journey of so many years. The dominant factor for me is the winning mentality. Of course there is a huge talent among the athletes and I am very lucky to coach such great players.

We came here in Athens not only to defend the title we have in this tournament, but to play as equals against other teams and with a dominant priority to develop in every game".

Adam Krikorian also claims that the Tokyo Olympics will be a different tournament from all the previous ones, he considers that there are no favorites and strongly supports that the teams participating in the world's top event should be 12, as in men, and not 10.

"Undoubtedly, our priority is the gold medal at the Tokyo Olympics. Things will be different in Japan compared to the previous Olympics. The pandemic has created many problems in the last two years. The World League Super Final  of Athens is our first big event in two years. New teams will appear in Tokyo. Some players left, some came. Things will be very different. There are no favorites. Both the European teams and Australia will be very strong. Canada will also be a surprise and can cause a lot of problems

It should not go unnoticed that the differences in quality in women's polo are small compared to that of men and the changes that are made are common and rapid. For example, Greece and Italy, which could fight for a medal at the Olympics, will not be present.  That is why I insist that 12 teams should take part in the Olympic Games and not 10. I see no reason why men should compete with 12 teams and women with 10. It is not fair. Women's sports are constantly rising worldwide and must be supported".